My name is Simon Image and my background is originally in Italian Studies, in which I have an M.A. from the University of Warwick. 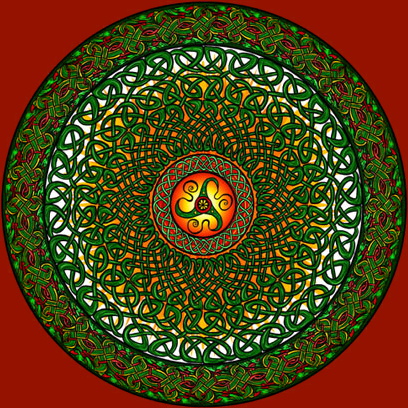 My interest in the subjects of these talks comes from the time when I was living in Italy and was trying to get myself generally acquainted with the culture.  I read quite a few Italian classics and works from the more modern category.

Naturally I touched on Dante and at one point made the effort to read the whole of the Divina Commedia right through, an exhausting but rewarding task.

However, some nine years ago I was browsing in a small provincial bookshop when I came across a translated monograph by a Romanian writer which especially piqued my interest.  About a year later the chance came to give a talk in London and I was immediately attracted to the idea of presenting the thesis outlined in the book, which expounded an idea picked up by other commentators on the Divina Commedia but only really worked out in detail in relatively recent times.

Using slides to illustrate the intensely visual nature of Dante’s universe, I attempted to show the strange development of the perceived universe in the poem and how it chimes in remarkably with modern ideas which Dante had no means of knowing.

In the second talk I took a step back – reculer pour mieux sauter – and presented what we know of Dante’s obsessive love for his muse Beatrice in his first important work, the Vita nuova, hoping to demonstrate a connection between his early emotional growth and the final formulation of his cosmological theory – a mysterious, elusive nexus but a highly important one.  Again slides were used to illustrate points.

I have since presented talks combining a variety of literary and philosophical subjects; see the Topics page for a full listing.

My other projects include theatre and film production, details of which can be found on the Mad Mask website.

A showing of two sections, Male di luna and La giara from the film Kaos (1984) by the Taviani brothers.  There will be an introduction, then the first showing (approx. 40 minutes), an interval for discussion, and then the last part (about the same length).